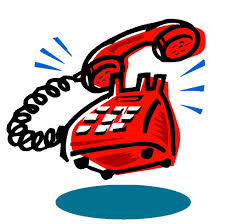 In the 1990’s telemarketing fraud was running rampant.  “Boiler room” telemarketing crimes were so named because crowded rooms full of telemarketing scammers were in hot pursuit of victim’s money using high-pressure and illegal cons.  Many of the telemarketing scam targets were the elderly.  An estimated 40 billion dollars was stolen from American victims in the 1990’s through telephone fraud including an Ohio widow who lost her lifesavings $240,000 to telemarketers.  Another 92-year-old California resident was scammed out of $180,000 and then another $5,000 by a second con pretending to help her recover her money.

People started reporting these telephone scams and an investigation known as Operation Senior Sentinel resulted in 1,200 arrests and hundreds of fraud convictions.

The FBI, retired FBI agents and volunteers, some of whom had been true crime victims, participated in the catching these thieves.

In November 2010, an Iraqi national was convicted of fraud and sentenced to 14 years in jail and payment of restitution after hoaxing a “lottery scam” that took 1.8 million dollars, mostly from elderly victims.

“In the wake of the housing crisis, foreclosure-rescue schemes have exploded in popularity, particularly in Southern California, where both homeowners and lenders have been victims of various frauds,” said United States Attorney André Birotte Jr.

Other Current Telemarketing Scams to Watch Out for:

Auto-Warranty scams:  These begin with a robo-call about that your auto-warranty (which you may not even have) is about to expire and leads to a high-pressure salesperson that scams you out of renewal fees and more.

Prize Distribution Center:  You’ve won it all right but these high pressure scammers will have you paying to claim your prize and it is certainly not your lucky day when they get your account information.

Free Listings in Yellow Pages:  This scam targets businesses and charges outrageous fees for listings (not in the Yellow Pages) that they convinced you would be free.  What’s worse, they record you saying, “yes” to the ads and put out high pressure to collect.

Change Your Phone Carrier:  This scam is called slamming.  A carrier calls to convince you to switch phone carriers and follows through with the switch even if you say no thank you.

Make notes of times, dates, telephone numbers if visible, names and information given on any suspicious calls.  If you receive any of these telemarketing calls, please report them.  Reporting telemarketing crimes does help to stop and prevent future scams.  Here are some resources for reporting mass-marketing crimes.  No one wants to be part of true crime stories but you can help make a happy ending.

You should also report telephone fraud to your local police and your state’s attorney general.

Have you been a victim of a telephone scam? Share your good news bad news report.